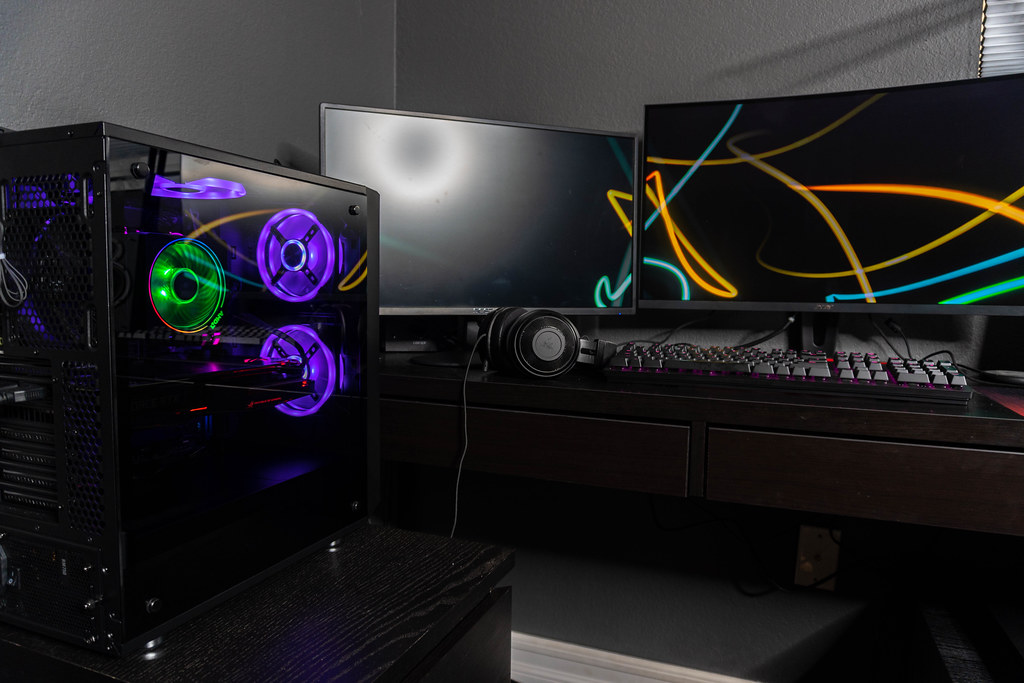 The day finally came for me to build my first pc!!! Words cannot describe how excited I am. I have wanted a new computer for a long time but macbook prices aren’t too attractive for what you get. Earlier this year I started learning a lot about building pcs on youtube and became pretty obsessed. A couple months ago I built a pc with my little brothers and it turned out okay which meant I was doing something right. After that the countdown for my build began. Once the timing was right I bought all my parts and eagerly waited for all the packages to come in and for the store to call me to pick up my order.

I will add some text to this post but the focus of this build was video.

First thing was to unbox the motherboard and get it prepared to start building, aka just remove it from box and put on top.

Then the CPU and cooler were installed

Next up was ram, 2 x 16gb, I might upgrade later on but this will do for now,

After the drives were installed and computer case standoffs were put in, the motherboard was set inside the case.

Next the GPU went in.

Case fans were up next!

Everything was installed EXCEPT the CPU power cord so cables got neatly routed.

Once I got the PC to my room I went live on instagram for the first start just for it not to work. Before I started it I thought it was weird that I didn’t have the CPU cables hooked up but for some reason I looked over it and it ended up being my exact issue. After that was situated the PC turned on and went to the BIOS page like normal. Shortly afterwards Windows 10 Home edition was installed.

After a week of using the computer I can confidently say that I am super satisfied and happy with the process and outcome. It’s quite amazing to be able to order a bunch of various parts and make them work with each other. I work on cars all the time so making that work is normal to me, but computers are relatively new and it’s a whole different experience. I hope that I build more in the future.

I have been playing Call of Duty Modern Warfare and Warzone on it and it’s crazy how high I can crank the graphics while still maintaining high FPS. I have even started streaming gameplay on (twitch.tv/milktea__man). The 1440p 27″ curved display is not awkward like I thought it would be. It’s a perfect size and now I want another one.

I find it very hard to not spend a not of time at my desk but it is just so comfortable to lovely to use. Now that I have both my new camera AND now new PC, I can start to really crank out quality content like I wanted to. Next month I am hoping to do a full shoot and video of my friends Nissan 240sx